I’ve never been one to set resolutions in the New Year. I’ve always just thought of January as another month, where the numbers turn over and a bunch of people start swearing they’ll lose weight, go to the gym, be nicer, and overall become better people. We still have a few weeks to go in 2013, but with or without resolutions, I already know that 2014 is going to bring a lot of change into my life. I just accepted a new job, and I am over the moon with excitement that I will be embarking on a new journey with new challenges. Anyone who knows me knows I need change, and I need it often, otherwise life becomes too predictable. More importantly, though, this new job breathes new life into my training. For the last five and half years I have worked in the wildfire business, where summers are nothing but flames, planes and fire trucks. Between on-call shifts and 12-14 hour work days for three weeks at a time from May to October, the summer can leave me with few 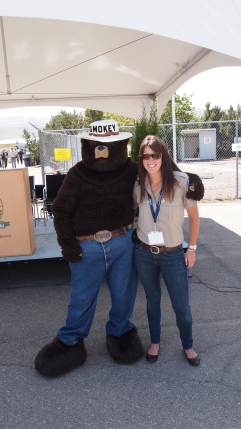 precious hours for anything else, let alone, swimming, biking, or running. But come January 6, 2014, I will have my summers back, which means I can focus all of my energy during my spare time on reaching the goals I’ve been dreaming about for the past year. No more 10pm swims after my on-call shift is over, no more running with the Blackberry attached to my hip, no more wondering if the next big fire will interfere with my next big race, no more riding the bike while talking on the cell phone (which, I might add, has almost led to some epic crashes). During race season, my life revolved around work, and I have spent a lot of time over the last year wondering if I could ever reach my goals, especially an Ironman distance triathlon, while working those kinds of hours.  In fact, there were times when it seemed impossible. Now I feel like a weight has been lifted, and it’s one less thing to think about. Now when I see smoke in the air, the only thing I’m going to worry about is how the particulates will affect my lungs during training, not about when my phone will start ringing.